Do you love tea? Do your friends or family love tea? I for one am fond of the drink myself. It seems today that much of our culture is fueled more by a nice, hot or iced cup of coffee, rather than a hot or iced cup of tea. It is true that the American love for coffee seems to surpass the allure of the unlimited variations of tea flavors that exist today. But, there are still stores dedicated to selling tea only. Tea rooms also exist. There is no set “tea time” anymore, but people still practice this form of entertainment on the weekends or on a summer weekday, when they know other friends or relatives may have the allotted time off from their work or school schedules. Society has changed over the course of 400+ years. People in society live in class and social structures very differently than they did in the settlement period of America’s early history. 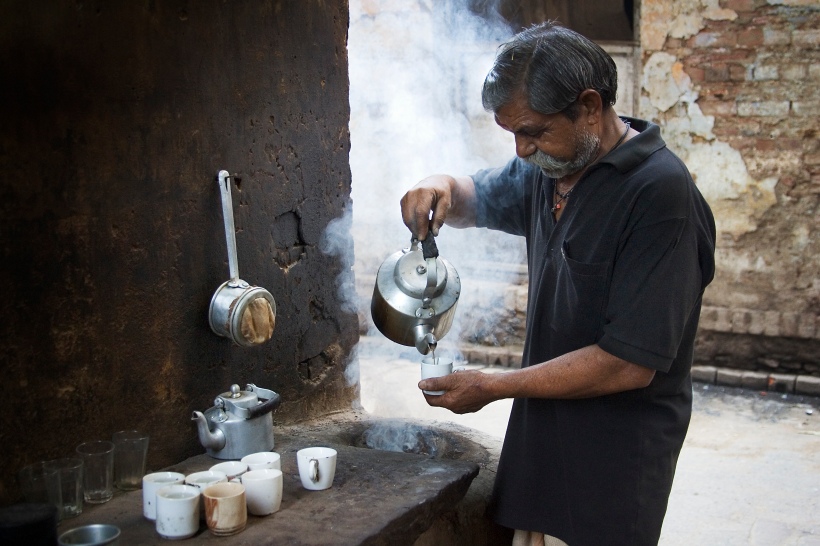 Women work more often outside the home. We have schedules that definitely do not mimic our colonial ancestors in terms of the type of work we do or the functions of daily life we adhere to. Technology has changed and thus with it, a whole new world of possibilities in the way our society has evolved in entertaining over time.

Then, in comes in tea. As Henry James in The Portrait of a Lady says, “There are few hours in life more agreeable than the hour dedicated to the ceremony known as afternoon tea“. Most of us would not get the complete concept of an afternoon tea, because the Victorian Era in which the writer James lived was much different than our modern day society’s afternoon of fast and easy lunches, where most people are usually on the go during a regular work day. But, it almost was a lost art of entertaining and relaxation that seems to be coming back into vogue again…”Thank God for Tea! What would the world do without tea! How did it exist! I am glad I was not born before tea,” mentioned Reverend Sydney Smith (colonial era writer and Anglican cleric). He was right. The world owes a lot to tea and the culture that it has given to areas all over the world. It is a beverage for enjoyment and social drinking that surpasses race, class, age, and sex. It is an egalitarian beverage for sure.

Tea rituals were introduced to this country early on through the Dutch and their importation of tea beginning in the 1630s. Since then, it has had a solid footing here. From the beginning, ladies of New Amsterdam tried to recreate the Old World aristocracy into a New World tradition. Their porcelain tea cups and pots, silver spoons and strainers, and other tea service items were used when serving each other and creating a new ritualistic time, place, and set of objects for tea. Benjamin Harris, in the 1690s, was granted licensure to sell tea to the public in Boston. The ritual art of tea consumption would eventually become a popular tradition that was taxed by the British government, and we all know that caused a whole slew of problems not to far down the road. Today we’d say, “There ain’t no party, like a Boston Tea Party!” – but it wasn’t that simple. 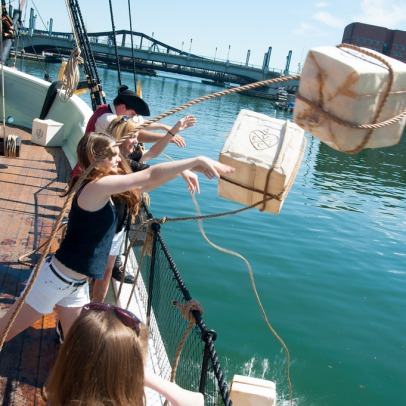 People were just a bit perturbed by the fact that a food staple and an enjoyable drink  was being taxed to the point that smuggling became an option many saw fit. In the words of Monty Python, “Make tea, not war!” should have and could have possibly been the cry of the masses.

All kidding aside, tea culture was quite popular enough that Benjamin Franklin had proposed that an American tea ceremony, much like the Japanese should exist and that it may possibly happen in his future. He was right. Although many tea rituals already existed in people’s homes, it wasn’t until the Victorian and Edwardian period that there were more elaborate ways of preparing tea and entertaining with it.

Let us fast forward to the modern era in which we live. Because we no longer live in a society where we would have time to serve tea almost daily in our homes, we have accommodated our taste for tea to be more convenient. We drive our cars, take the bus, or walk to the local grocery and convenience stores to grab our bottle of Lipton tea or Snapple. We pick up a box of tea bags to quickly plunge into microwaved or boiled hot water. Even loose leaf tea has its own individual tea strainer for a single serving cup.

About 90% of the tea consumed in America, these days, is “iced” or a cold brewed tea. We can easily drink our pre-bottled iced-tea while watching a baseball game with a friend or eating our lunch with our co-workers. However, this is not the same version of tea time we had in the past. As was mentioned moments ago, it is more of a drink of convenience. If one were to really get into the old style ritual of tea time, then a special day would typically be set for a weekend afternoon for friends to enjoy this every once and a while occasion. Even though is not part of our every day culture, it is still a fun way to entertain and experience the drink that has been around all through out the world for thousands of years.

~ Tea in colonial America was loose leaf tea and not brick tea. While doing some of your own research you may find that some say this was true, however historians have debunked that myth that somehow has gotten passed around for way too long.

~ 1898: Did you know that the modern tea bag was created out of silk bags and sent to potential clients as “samples” but were never truly intended to be used as tea-bags? A patent was given for this new creation, however it wasn’t until 1935 that tea bags were actually considered to be worth utilizing in full scale production for the general public.

~ The U.S. is the third largest importer of tea next to Russia and Pakistan.

~ Every day, more than half of the U.S. population drinks tea in either hot or cold form.

~ Most of the tea sold through out the world, is grown in mountainous regions.

~ Some countries that lead in the worlds production of tea are: Argentina, China, India, Indonesia, Japan, Kenya, Malawi, Sri Lanka, Tanzania and Taiwan.

~ Black, Green, Oolong, Dark and White teas all come from the same plant. While black tea is completely oxidized, oolong is only partially oxidized, green and white teas are not oxidized and dark teas are fermented after their manufacture. Time, withering, and rolling of the leaves produce each tea’s individual color and flavor.

~ Tea was originally used as a medicinal and not for enjoyment.

~ Herbal teas are not actually “real” tea. The true forms of tea black, green, and oolong are all from the same plant called Camellia Sinensis. They are actually blends created from the stems, roots, leaves, flowers, fruit, or seeds or individual or a variety of plants.

~ The important phytochemicals, antioxidants, and vitamins that are found in straight warm or cold tea are often cancelled out by adding  dairy milk and sugar. Studies done on the vascular system showed that tea consumed by people without added milk actually relaxed blood vessels and improved dilation and blood flow – whereas tea consumed with milk actually creates an inflammatory type response and the casein binds with the catechins (polyphenols) in the tea – the most important and beneficial flavonoids found in tea.

~ The many health benefits of all forms of tea is overwhelming. Green tea offers these in particular: heart and brain protective, aids in weight loss, anti-cancer, diabetic friendly, assists in anti-imflammatory responses that cause arthritis, and liver protective.

Hopefully this post was beneficial and will prepare you for some other interesting things that will be discussed at our Tavern Talks for LiberTEA! EqualiTEA!