To start off the series, it might be worth mentioning that the history of native people in the Pennsylvania region (including New Jersey, New York, and Delaware) has been a rich and diverse one, even within their own particular tribe. The Lenni Lenape who are one of the main groups of native peoples found in this region during the time of colonial settlement, and even today, have a rich history that isn’t presented enough in the retelling of our local history. Let’s begin by talking about the origins of native people in Pennsylvania. 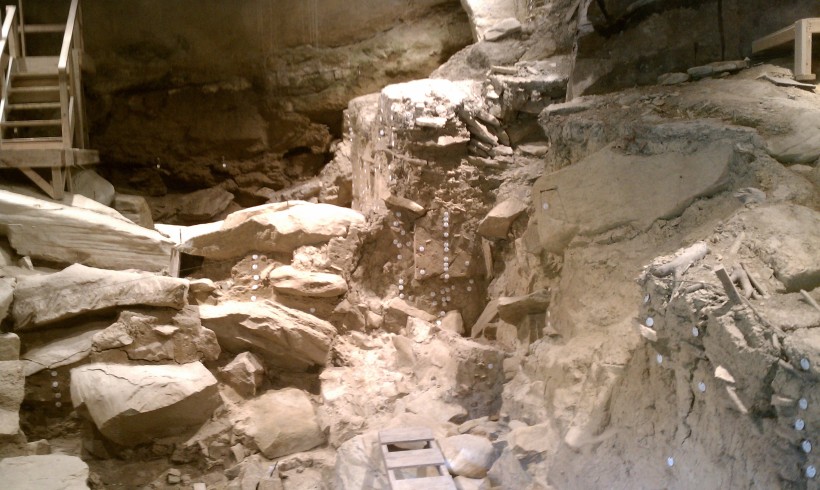 Not found were: any evidence of a written language or currency.

This collection of findings shows us that people were living in our region prior to the Sumerian civilization in Mesopotamia in 4,000 BCE and the Early Dynastic period of Ancient Egypt in 3,000 BCE. These individuals were seasonal hunter-gatherers. Types of animals they would have hunted were caribou, elk, fish, and deer. They also gathered a variation of seasonal plants such as hawthorn plums and blackberries.

Two other archaeological sites, Shawnee–Minisink in Monroe County (12,000 BCE according to PHMC) and Shoop in Dauphin County (9,000 – 9,500 BCE according to the State Museum of Pennsylvania) show similarities between the groups living in each region based on their hunting migration patterns.

The Paleoindian period dates to the Pleistocene or Ice Age. Even though glaciers melted up to Canada, the average temperatures in Pennsylvania were at least 10 degrees cooler than they are presently and the Pennsylvania region was covered by a spruce-pine forest with limited quantity of oak or other deciduous trees – like we find today.

There are disputed routes from where the Paleoindian population may have migrated from. This picture presents a commonly known migration route, originally developing in Africa and eventually crossing over from Asia into North America. There are however arguments between those in the archaeological community about individual people groups using watercrafts to sail along the Atlantic during the ice age, using glaciers as a land guide. Many native people have their own origin stories about how they were always part of the land they lived on since the time of their creation. Will we ever know for sure?

The archaeological record is fascinating and something that takes time to figure out. Archaeologists use a number of techniques in order to understand their findings with each site they dig.

Some of the dating techniques used in archaeological study are (but not necessarily all used in the archaeology of Pennsylvania):

Past archaeological study was not utilized as a way to understand people groups the way that it is done presently. Little was thought of native peoples without a written language and who according to past archaeologists, used primitive tools, shelters, and clothing from their surroundings. Luckily, that has changed. Preservation is something any serious archaeologist is interested and is the key element to efficient and truthful archaeological study.

Findings of the past are important, not only because they tell a story about the individuals who used particular items, it also can teach us a lot about ourselves and our own past. We can also revisit the challenges our ancestors faced and see how they may have dealt with hardship or adapting to their environment. We can recognize the importance of the tools they used from their surroundings or the foods they subsisted on, to give us a better understanding of our own personal health in modern day culture – and focus on how we can adapt our present conditions to the past in order to balance ourselves from the overwhelming modern day.

Next week, I will discuss the Lenape in more detail and give insight into their creation myth story and some information about the areas they populated and some brief cultural history up until the colonization period.