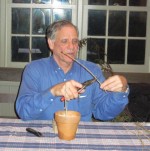 Below is our interview with Chuck Feld, who demonstrates 18th Century Garden Designs at Chadds Ford Days. Come out and see his fascinating demonstration on American horticulture this September 12th-13th!

Tell us a bit about yourself, where did you grow up, etc.?

I grew up outside Pittsburgh, and I went to Penn State to study horticulture. I moved to Chadds Ford to work for the largest landscape nursery in PA, the J Franklin Styers Nurseries, where I became Vice-President. I worked there for 20 years and then eventually I left in 1997 to spend more time with my own 4-acre nursery. I am the owner of Birmingham Gardens and Propagation Nursery and am a PA certified Horticulturist. This is my 9th year now as the instructor of Horticulture, Landscape and Turf Management at Williamson College of the Trades. I’ve also served on the board and committees of the PA Landscape & Nursery Association, and served on numerous local Arboretum committees and board. I’ve lectured at trade conferences on insect and disease control, nursery management and the history of horticulture in America, and taught classes at Longwood Gardens.

How did you end up in Chadds Ford Days, and how many years have you attended?

One of Chuck’s amazing carved pumpkins

I was one of the original pumpkin carvers at Chadds Ford’s Great Pumpkin Carve in October. So I have pretty much always been involved with the Chadds Ford Historical Society. I began giving talks 6 years ago at the CFHS, as I have always been a history buff. I was a speaker the last 2 years on the history of horticulture, which goes back to 1500s. This will be my 3rd year at Chadds Ford Days as a demonstrator.

What is your demonstration and how did you get started in it?

I demonstrate 18th century Garden Designs.  I went to Penn State and got my degree in Ornamental Horticulture and that’s how it all started.

How did this play into the lives of colonists /what is its historical significance?

When the settlers first came to America, they needed food, and so they weren’t concerned with landscaping. The first landscaping wasn’t until the late 1600s.  When we hear about our Founding Fathers, we often think of names like Washington, Jefferson, and Franklin, but not names like Marshall, Prince, or Bartram. While not as familiar, these early plant explorers, botanic gardeners, and nurserymen played a crucial role as Founding Fathers of American horticulture.  In the 1700s, horticulture in the colonies focused significant energy on shipping plants from the wilds of this country to Europe, and especially to England. For example, John Bartram (1699-1777), a self- taught botanist, vigorously collected seeds and plants specimens from the colonies to be grown in his nursery, but also shipped them to England. His activity helped to establish a trans-Atlantic exchange of plants with London merchant Peter Collinson, an exchange that was participated by a host of American botanists. These explorers traveled from Maine to Florida and west of the Mississippi collecting plants and seeds to exchange with horticulturists in Europe.

Are there any interesting facts/common misconceptions surrounding it?

It was the settlers who brought fruit trees with them. One of these was the apple, not to eat, but rather to drink. It would last a good while, and then apple cider grows hard and becomes alcoholic.

What in particular can we look forward to seeing at your booth this Chadds Ford Days?

I always bring in seeds and demonstrate seed germination. I also do a grafting demonstration with apples, and people are really interested in that. I tell stories about the early settlers and the history of American horticulture. 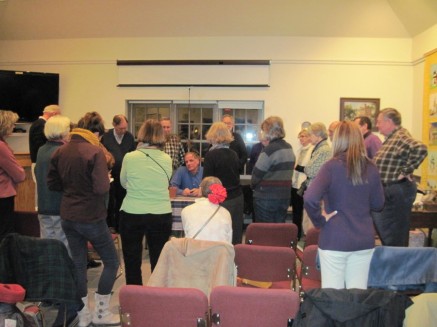 One of Chuck’s lectures and demonstrations at the CFHS 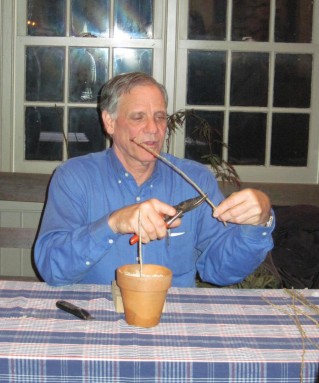